MPEG Multichannel is a 5.1 digital surround sound system. It will say that it offers 6 separate audio channels where five of them are fullfrekvente while 1 is a low-frequency bass channel. The 5 fullfrekvente canals are right front, left front, center, right surround and left surround. The advantages of such a channel configuration is that you get a much better direction determination and ambient reproduction than conventional Dolby Pro Logic. 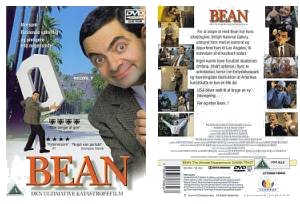 Basically it would only be MPEG audio in Europe on DVD, but MPEG met with great resistance among home theater enthusiasts. MPEG is namely a poorer sound system from Dolby Digital (AC3), to be used in the rest of the world. The first DVD discs that were released from Scanbox, was with MPEG audio. But major criticism has led to future releases will be Dolby Digital.

It is mostly only downside with MPEG. Here are some reasons why MPEG met so much resistance.