Today's home theater amplifiers are often packed with multimedia and other features. This part of the guide deals with this functionality.

Internet radio
Many amplifiers with built-in network support to stream radio over the Internet. This provides access to thousands of radio stations.

Spotify integration
Spotify is a huge popular service that offers a large amount of music for just 99, - per month. Receiver with built spotify have the opportunity to play music from Spotify without need to use a PC. 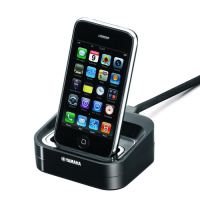 Control of IPhone / IPod
Many amps have the opportunity to connect docking station for control of Iphone / Ipod. This makes it possible to play music from iPod / iPhone and control the remote control for home theater amplifier. Some amplifiers also supports this possibility by connecting directly to the USB input on the amplifier.

Airplay integration
Airplay is a protocol developed by Apple that let playback of music and movies from Apple devices like Iphone, Ipad and Imac directly without coupling. Playing media from iTunes on the PC is also possible. A number of receivers now have the opportunity for such integration. 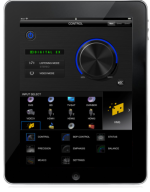 Many now offer to manage hjemmekinoforterkeren via applications on Ipad, Iphone and Android.

Remote control via web browser
Some amplifiers provide the opportunity to connect to the amplifier via a web browser, thereby being able to control it from any browser that has provided network amplifier is connected.